Wrestle Against Autism was started in 2008 and has grown over the years. WAA is now partnered with The Ethan Foundation for Autism. The collaboration began with The Ethan Foundation after many years of joining forces at WAA events. This was an instant bond of two great non-profit charitable organizations working towards the same effort of being dedicated to Autism, the wrestling community and helping those in need.

The tournament started with a group of high school wrestling officials who were looking to give something back to the community. The tournament has grown to include both college and high school officials throughout Ohio, Michigan, and Pennsylvania along with many volunteers throughout Ohio. Although gender does not dictate who autism will affect, research shows that mainly boys are affected by autism. Wrestling is a predominantly male sport. The connection was an obvious beneficiary of the proceeds. 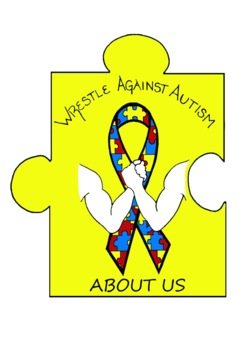